John Fuller of Newton Descended from the Vikings 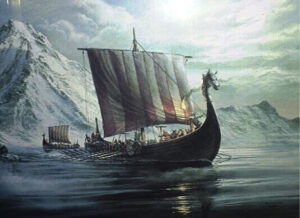 The period known as the ‘Viking Age’ covers the ninth to eleventh centuries when Viking Ships sailed out of Scandinavia across the northern hemisphere on voyages of piracy, conquests and settlement. Various Scandinavian groups invaded and occupied the east coast of England during the Viking Age and the Danish King was King of Denmark, Norway and England (Cnut the Great).  More …… Vikings

Who Was John Fuller of Newton

John was born in 1611 in England and died and was buried 1698 in Newton, Massachusetts, USA. He was a malster, farmer, elected officer of Cambridge and Newton, founding member of the church and one of the first settlers of Newton, MA.  He was an educated man as we have copies of documents penned by him.

The history books and First Settlers Monument in Newton agree that he arrived about 1644 to a part of Cambridge, MA which later became Newton, MA. We do not know much about John’s early life in England nor do we have the name of a ship or the exact date he/they arrived in New England.  At that time Cambridge, which is north of the Charles River, also included land south of the river where there were very few farms and the area was more wilderness than farmland. More…….a short history of Newton 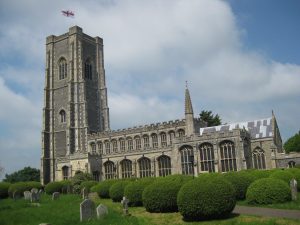 Elisabeth’s father, Walter, in his Will of 1653, left 20 shillings to his daughter, Elisabeth; “the nowe wife of John Fuller in New England” and those few words gave the descendants of John Fuller of Newton assurance as to what part of the world they were from. Walters Will

In 1653 John of Newton was one of the three ‘John Fullers’ who immigrated to New England prior to 1650 and all three married an “Elizabeth” and named their first son “John”. So it is no wonder that the history books of the time mixed up their lives.    More…….3 John Fullers

John and wife Elizabeth, had 8 children of which 7 lived to have families of their own. The official Vital Records of Massachusetts show no birth record for the first three children (John Jr., Elizabeth & Jonathan) however we find them in the Births section of the “Town” Vital Records for Newton (b. about 1645, 1647 & 1648). The Vital Records for Cambridge do record the births of the remaining five children (Joseph 1652/3; Joshua 1654; Jeremiah 1658/9; Bethia 1661 & Isaac 1665). Their daughter Elizabeth along with her husband, Job Hyde, died in 1685 so their 8 living children were divided and raised by each of the couple’s parents. Their son Jonathan and his wife Mindwell had no children and in his Will left his farm to his namesake nephew Jonathan, son of his brother Captain Joseph. Their son Captain Joshua was married three times and had five daughters and no sons to leave his farm to, as was the custom of the day.  More……..children 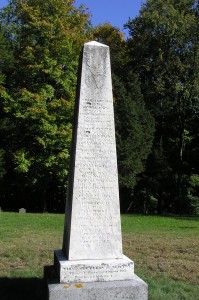 John Fuller is named as one of the first settlers in Newton, MA and his name is one of the 20 engraved on the North side of the ‘First Settlers Monument’ which stands in the East Parish Burying Ground Cemetery in Newton.  More……first settlers monument

John and many of the descendants of John and Elisabeth can be found in the following cemeteries situated in Newton, Middlesec, MA, USA:

John Fuller was a Maltster by trade for which he would have apprenticed for 7 years in England; his Malt House is mentioned in his will. 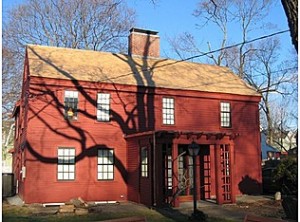 At the time, Farming, Malting, Brewing and Selling Beer were all separate occupations. John of Newton was both a Farmer and a Maltster and would have increased his family fortunes both by owned land in the area and earning money through the profitable craft of supplying malt to the community for making beer. Many households brewed their own beer as this was the normal family beverage before the arrival of tea and coffee.  More………..maltster 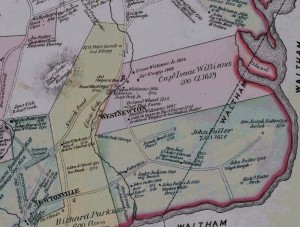 In 1658, John Fuller purchased 750 Acres of land on the south side of the James River, which, throughout the history of Newton was known as the “Fuller Farm”. Over his lifetime, John accumulated some 1000 acres and set up each son with a farmstead at the time of their marriage. All five sons were bequeathed land within the original Farm area even though only three had farms within the area. John’s Will set out each son’s farm indicating that each son should receive about 200 acres and the Will stipulated that no land was to be sold to a third party before first offering it to his brothers. In 1699, two years after John’s death, the five sons entered into an agreement to set out each son’s land ownership within the original Farm and set up a private roadway through the Farm. This agreement was the First Division of the Fuller Farm and stipulated land use rights. Each of these family farmsteads is located on the 1700 map of Newton which also shows the names of the farm owners as it was handed down generation after generation.   More…….family farmstead map

We have accumulated the original of several family documents dating back to 1593 and where possible have placed a copy on this website. In cases where the Church of England owns the document, we have transcribed it and placed the transcription on the website.  More………..documents involving the Fuller Family

Old Wills are a treasure trove of information for family researchers. During the process of transcribing the Wills of many of John’s descendants, we found several gems and even had to change our genealogy in several instances based on the information in these Wills. We have transcribed the Wills of John Fuller and each of his sons plus many of his Descendants – keep tuned in as there are more to come.

John’s Will stipulated that “…and further my will is that my above said sons shall not allinate [alienate – to transfer ownership] the above given and granted lands unto any stranger until first the next relation of the above said Fullers have the offer of it;…..”      More…….Wills for many of his descendants

All known proven direct male descendants of John have the same Y-DNA and the same Haplogroup of I-M253.  Research suggests that it originated in an area that is now Denmark. How can John Fuller of England have origins in Scandinavia.  More………Origins

You have access to our data base information on a companion website with some 63,000 descendants and their spouses. There is a surname index where you can check to see if your family name is a descendant of John of Newton or you can look at the descendant tree to find your ancestors, assuming you are a descendant of John of Newton. You can follow one branch down 8 generations from John of Newton and you can also look through the family of Elizabeth Cole, John’s wife as this information was taken from the Lavenham, Parish Records. More………….search our genealogy website

Who was Simon Onge

Simon Onge was born 1619 in Lavenham, Suffolk, England, UK and his family was among the first settlers 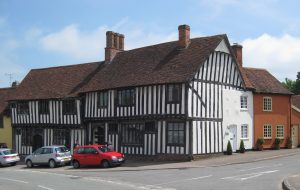 of Watertown, Massachusetts, New England in 1631. After his mother died, Simon received a small farm in Newton from John Fuller and after Simon died in 1678, John penned a letter to the Probation court wherein he stated that he had lent Simon the land for Simon’s lifetime. The land in question was part of John’s deeded land and no sale document had been issued. However, the issue was the subject of two court cases and part of Massachusetts history. That letter and the description of the arrangement leads us to believe that John knew Simon from Lavenham very well as he would not have made such an arrangement with a stranger. We did not find any reference of this fact in the two court cases, however this gives us a link between John and Lavenham other than the fact that his wife was from Lavenham.  More………did John Fuller know Simon Onge

Who was James Fuller of Lavenham

James Fuller was born about 1542 and raised his family in Lavenham, England. James died in 1622 and in 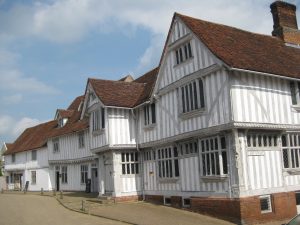 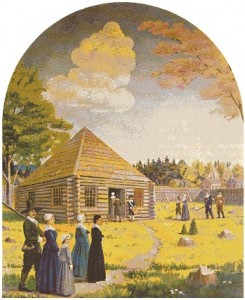