Ancestral Fullers To New England Before 1650 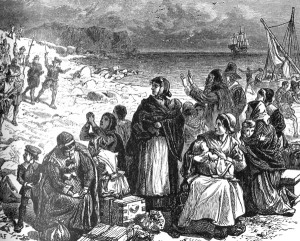 HOWEVER, it was likely William Hyslop Fuller who, in 1910, first defined “Ancestral Fuller families” as those American families, whose emigrant ancestor settled in America prior to 1650 and listed 10 families.

INTERESTING, that Charles Edward Banks listed John Fuller of Lavenham, UK emigrating to Cambridge, USA (no date given) in his manuscript of English Emigrants to New England 1620-1650.

EARLIER historians did not use the term ‘Ancestral Fullers’ but cited several Fuller families as  first settlers in New England and in fact James Savage in his 1860 book named some 12 early Fuller families [a refined list from the John Farmer’s 1829 Register] which may have been the source of many later historical works. We note that 11 early Fuller families, who arrived in New England prior to 1650, are listed in the Charles Pope 1900 Pioneers book. Pope provided more information on the early Fuller settlers and gave us an insight into their origins. It was likely Pope who may have been the first to recognize that John Fuller of Cambridge (Newton) was not the John Fuller, who sailed on the Abigail in 1635, as most historians of the time believed.

“Nearly nine generations of Dr. Samuel Fuller’s descendants have passed away without any collection of their genealogical records having been made. Meanwhile old records have been fading, wearing out, being lost, neglected and burned, as for example, the list of towns whose documents have been destroyed by fire is quite extensive.

While making a search for the records of descendants of Edward Fuller of the Mayflower, a brother of Dr. Samuel, and since publishing (in 1908) the material obtained, I have been collecting information concerning this, another of the ancestral American Fuller families, and herewith present the results thus far obtained. Records of this kind will always be incomplete, and in this case it is my judgment that it is time, and the safest and most advisable course, to publish what I have already obtained rather than await the slow and uncertain process of accumulation of some of the data which will be found wanting. In regard to the term ‘Ancestral Fuller families’ it has seemed quite appropriate to speak of those American families as ancestral, whose emigrant ancestor settled in America prior to 1650.”

“These heads of families, so far as I know were ten in number:

[Note: Although W.H. F. lists ten ‘Ancestral Fuller’ families in his 1910, Volume 2, he provides detail genealogy of only eight in his four books. We assume that he recognized that the remaining two Ancestral Fuller family’s detail had already been published by Newton Fuller and Francis H. Fuller. Secondly, although he talks about William, the brother of John of Ipswich, he does not count him as one of the ten, likely because he left no descendants.] 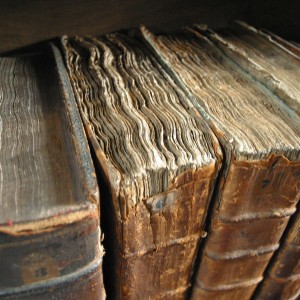 “Robert Fuller, of Salem, according to the best evidence at our command, came from Southampton, England, in ship Bevis in the year 1638.  He was progenitor of many Fuller families of New England, and was one of eight early settlers of America by the name of Fuller who are ANCESTRAL HEADS of a large and worthy progeny, wide-spread over the United States and in Canada.

To ascertain the special consanguinity of these eight ancestral Fullers would necessitate a research in the records of England. Dr. Samuel and Edward of the “May flower” were brothers, and the ethnological evidences forcibly favour a common origin not very far remote.

The eight Ancestral Fullers are:

William, of Hampton, N. H., left no children; his property was inherited by the children of his brother John of Ipswich. The numerous descendants of the eight Ancestral Heads are found, almost universally, to exhibit intelligence, a high moral tone, a spirit of thrifty independence and enterprise, which has marked them as worthy sons of their pilgrim fathers, whose high toned principles were ever regarded as dearer than life itself.”

III. James Savage(3) in his 1860 book listed these early Fullers:

[It should be noted that the early Fullers to New England named by Savage are basically an updated and expanded list of the early Fullers identified by John Farmer in his 1829 book ‘A Genealogical Register of the First Settlers of New-England’. The Savage book goes beyond the first settlers and gives us the first three generations; however, for the purpose of this section, we list here his ‘Ancestral Fullers’ as defined by William Hyslop Fuller.] 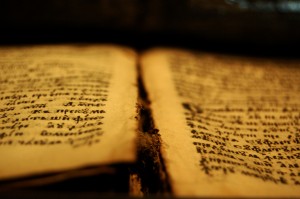 ANCESTRY.  It is well established that those bearing the name of Fuller, so 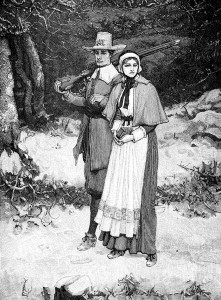 numerous and wide-spread over the United States and Canada have descended from eight ancestral heads, the dates of whose arrival in this country is as follows:

Although positive evidence is wanting it is very probable that in England these several heads has a common ancestor. This record attempts to deal with the ancestor Thomas, of Woburn, later of Salem.”

[Note: J.F.F states there were eight Ancestral Fuller families and then lists nine; again we assume that he did not count William of Hampton in his eight as William left no descendants.]

Quote from the Editor and Publisher’s Note, page v-vi.

“Colonel Banks searched carefully the 41 counties and shires of England, including the City of London, and obtained from the 1,194 parishes in these respective counties, shires and the City of London, the record of 2,885 emigrants to New England from the time of the sailing of the “Mayflower” (1620) to the year 1650, inclusive. Colonel Banks began this notable research work in England, with distinct purpose of connecting the New England emigrants [immigrants] with the respective parishes from whence they came. This is, by far, the most valuable portion of this compilation. There should be no doubt in the mind of any impartial reader as to the authenticity and thoroughness with which Colonel Charles Edward Banks obtained the data in this manuscript…”

John Fuller’s name is listed on page 157, as part of 10 names for Suffolk County from the Parish of Lavenham and his town was Cambridge Mass. John’s wife and children are not listed on the page for ‘Wives and Children’. Banks quoted NEGR [Register] 49/491 as a reference/source, which quotes a section of the Walter Cole Will that states that Walter’s daughter, Elizabeth, was the wife of John Fuller in New England. The material in this 1895 Register (p491) has an addendum that states the John Fuller in the Walter’s Will may be the John Fuller of Cambridge, who settled on the south side of the river, now Newton, about 1644 and adds some detail about his life.