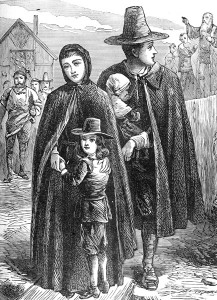 December, 1658. Joseph Cooke, of Cambridge, to John Fuller, for £160, seven hundred and fifty acres land north and west by Charles river, the winding part of the river west, east by Thomas Park, and south by Samuel Shepard’s farm, being a straight line between.

FULLER, JOHN, one of the first settlers of Camb. Village. He was born in 1611, and settled in Cambridge Village about 1644. In Dec, 1658, he purchased of Joseph Cooke, of Camb., seven hundred and fifty acres of land, for £160, bounded n. and w. by Charles river, the winding part of the river w.; e. by land of Thomas Park, and s. by Samuel Shepard’s farm, being a straight line between. His house stood on the s. side of the road, and w. side of the brook, and within a few rods of both road and brook. By subsequent purchase, he increased his tract to upwards of one thousand acres. Cheese-cake brook ran through it. This tract was long known as the “Fuller farm.” He divided it among his five sons, by his will, dated 1696, (s. Isaac having d. in Oct. 1691,) with the proviso that they should not sell to any stranger, until they, or then’ next relative, should have the offer of it. These five sons lived to the following ages: John 75, Jonathan 74, Joseph 88, Joshua 98, and Jeremiah 83.

(1) Francis Jackson, History of the Early Settlement of Newton, County of Middlesex, Massachusetts: From 1639 to 1800 – with a Genealogical of its Inhabitants prior to 1800, “of Boston, a Native of Newton”, Boston: Printed by Stacy and Richardson, 1854